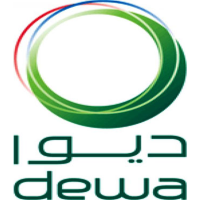 
The Dubai Electricity & Water Authority (DEWA) provides electricity and water to nearly 800,000 customer accounts in the emirate. One of the largest government agencies in Dubai, with an annual operating budget of $3B and a 2008 capital budget of nearly $10B, DEWA operates one of the largest desalination plants in the world. One of the best-run agencies in Dubai, DEWA is ranked number-one in customer e-service by the government. “At DEWA, we are faced with unrelenting pressure to keep pace with Dubai's double-digit economic growth, which shows no sign of abating,” according to Saeed Mohamed Ahmad Al Tayer, Managing Director and CEO. “We have used the Balanced Scorecard to create a focus on our strategy...with unprecedented results." DEWA is both the first organisation from the United Arab Emirates and the first from the Middle East to be inducted into the BSC Hall of Fame.