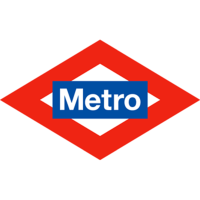 
Founded in 1919, Metro de Madrid is the leading public transportation system in Spain, with an underground network 227 kilometers long, operating over 644 million trips per year. With 5,649 employees and income of €708M in 2005, Metro de Madrid also ranks among the top five metros worldwide based on size. After implementing the BSC in 2002, Metro de Madrid began monitoring measures such as security incidents per million of users, perceived security from users, comfort of their facilities, and attention and information given to their customers.