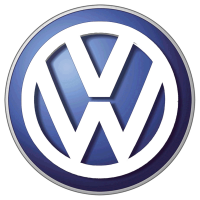 
Volkswagen do Brasil (VWB) is the largest Volkswagen operation in the Americas, with four plants, 22,000 employees, and revenues of more than $10 billion in 2008—one of the highest profitability rates in the VW Group. One of Brazil’s biggest exporters, VWB manufacturers the country’s best-selling car. It wasn’t always this way, however. In 2006, following years of currency devaluation, a sluggish domestic economy, new sources of competition, and market share loss, VWB attempted its first approach to a turnaround. A second attempt was made in 2007, this time with the automaker adopting the BSC to help implement the new strategy. It’s “Act to Win” program, a comprehensive strategy transformation effort from setting objectives, measures, targets, and initiatives to aligning dealers and suppliers as well as employees, became a model of strategic clarity, communication, and employee engagement. In two years, revenue increased from $6 billion to $10 billion, ROI increased 900%, employee engagement more than doubled, and suppliers meeting VWB standards grew 25%. “Implementing the Kaplan-Norton strategy management system was one of the best decisions we’ve ever made,” says Thomas Schmall, president and CEO. “The board and officers saw the BSC as a management philosophy—perhaps the only one of its kind—that could effectively integrate everything requiring improvement—finance, market, product, quality, process, and culture. The BSC integrated intangible assets with their tangible counterparts in a simple way, allowing us to be more flexible and adaptable. During 2009, we grew three times the average for Brazil’s auto industry, returning to the no. 1 spot despite the economic crisis.” For Volkswagen do Brasil, it’s a fast road ahead.