Get inspiration in your inbox
with our monthly newsletter.
SUBSCRIBE
Agata Slota | Palladium - Mar 08 2019
From Hockey to Accounting: Pakistan's Women Entrepreneurs
in-depth
Share

Students practice at the Galaxy Sports Academy in Pakistan.

In Pakistan, hockey was not always considered an appropriate activity for young women. As the captain of Pakistan’s national women’s hockey team, Rabia Qadir was regularly criticised, and even harassed, for her choice to participate and lead this sport. When a teammate committed suicide, Rabia decided she needed to find a way to make a difference, and in 2011 she opened a girls-only sports academy.

Galaxy Sports Academy attracted students year after year, but it kept losing money. Browsing Facebook one day, Rabia came across WomenX, an entrepreneurship program for Pakistani women who wanted to grow their business. She applied.

Only 1% of Pakistani women are engaged in entrepreneurship – one of the lowest proportions in the world. Female entrepreneurs are rare not only because of the social norms but also because of the practicalities that prevent them from growing their business. They seldom know other entrepreneurs and therefore do not have mentors or peer support. Banks almost never target women so women don’t have access to the capital needed to grow. And female entrepreneurs in Pakistan seem reluctant to ask for help, whether for financing or other services.

WomenX aimed to boost the number and successes of women entrepreneurs. The first of its kind in Pakistan, it focused on women who were leading productive companies that could generate jobs, especially for other women. The program started in 2014 in Karachi, Pakistan’s largest city, and then expanded into Peshawar, Lahore, Faisalabad, and Islamabad.

Participants had to pay approximately USD100.00 for four months of the program. The fee helped solidify their commitment to learning and to growing their business.

“It was very helpful for the participants to see other women experiencing similar issues and the same social challenges in running a business,” explained Maria Umar, Project Manager of WomenX.

“Some women appeared more empowered because they came from more financially privileged or educated groups,” she said. “But could they make their own decisions on how to spend their money? Not necessarily.”
“Being able to discuss these issues with other women has made a big difference.”

Over four years, 629 women have participated in the program. Their enterprises have ranged from small, home-based food businesses to reverse-engineering services. The largest proportion of participants were involved in the apparel and accessories sector. 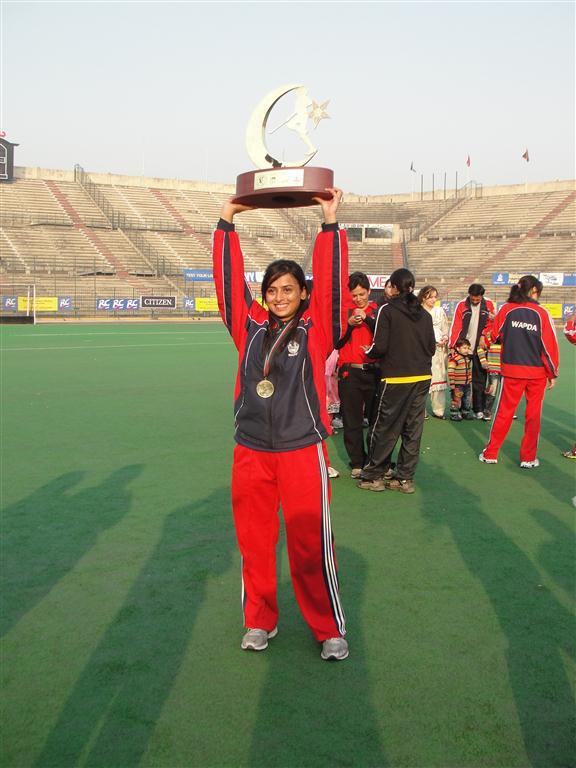 As well as finance and accounting, the social media skills training has proven most useful to Rabia. In addition to the Facebook page, Rabia will soon be launching a website and a Twitter account for the academy.

Enrolment at Galaxy Sports Academy has grown to over 300 students since 2011, and the academy has begun to cater to all ages, including students’ moms. It is also able to welcome 20 underprivileged girls each year, providing them with meals, travel costs, and sports equipment.

WomenX has planted real seeds. The education institutions that provided training now have specialised curricula focused on women-led businesses. The participants have launched their own initiatives for networking and money-pooling groups, and in Lahore have opened a multi-brand store, Women’s Fashion Hub. And of course, WomenX has given the tools and support to women, like Rabia, to help other women.

WomenX was funded by the World Bank and implemented by Enclude, the Capital Advisory arm of Palladium’s Impact Investing business.