Get inspiration in your inbox
with our monthly newsletter.
SUBSCRIBE
Jennifer Prillaman | Palladium - Oct 13 2019
How the Private Sector is Changing the Future of Disaster Readiness
news
Share

Natural disasters are on the rise around the world, both in size and number. In 2018 alone, the U.S. experienced 14 disasters that cost the economy USD one billion or more, compared to just 6.2 events per year from 1980-2018. This pattern is seen around the world. "Every year we carry out a response where I find myself writing 'this is the largest cyclone to hit this country, ever’," says Matthew Everitt, Palladium's Senior Logistical Support Manager for Humanitarian Emergency Response in Australia.

The U.S. Federal Emergency Management Agency (FEMA) is pushing us to adopt a "culture of preparedness" at national and local levels, and while preparedness and response has traditionally been the role of government agencies, preparing for disasters has quietly become a multimillion-dollar industry.

Disaster preparedness may be the next emerging market ripe for businesses to turn a profit while having a positive impact. 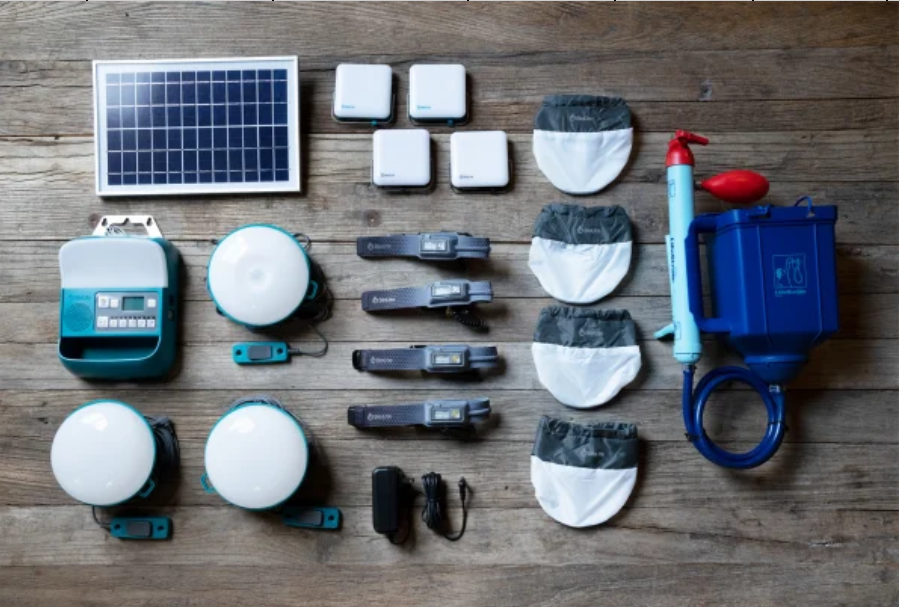 From Recreation to Survival

Biolite is a 10-year-old company that creates outdoor stoves and off-grid energy solutions. Its founders originally developed a wood-burning camping stove they could bring on their personal camping trips. The stoves used technology that "inject the fire with highly calibrated points of oxygen, raising the overall temperature of the fire and decreasing the amount of particulate matter that goes up into the air." Since then, they've developed parallel products from stoves to solar lights and lanterns.

During Hurricane Sandy in 2012, Biolite's offices in New York lost power. All of a sudden, their products became useful at home. Rosen recalls, "We set up charging stations around New York with our camp stoves. We would boil water so people could have a cup of tea and charge their phones using our solar chargers."

The company then started selling new disaster preparedness kits centred around a portable solar micro-grid. They sell them in "solo", "apartment", or "family" sizes, starting at USD 130.00.

Disaster response is becoming a way of life, especially in some parts of the Western U.S. A rise of "survivalism" has been ongoing in the U.S. since the Great Depression, but the current wave is showing a shift from hobby to lifestyle: some live out their disaster preparedness in their own off-grid bunkers stockpiled with gold, canned goods, and medical supplies. This is good news for many industries.

Already there is a growing market of "sustainable, survivalist real estate" that features off-grid cabins – some with space to land a helicopter.

Everitt helps manage the largest warehouse of emergency response supplies in Australia. "There are a lot of good products built on the back of hiking and recreational outdoors companies that make good and useable equipment."

And as Biolite shows, there is space for social enterprises and new technology to fill-in where governments simply can't or won't. As pockets of U.S. survivalism increase, along with natural disasters, many different industries can find a new market in disaster preparedness.

"Anything that individuals, families, and communities can do to support themselves lessens the burden on government responders," Everitt explains. "If you can help yourself, then the limited emergency services deployed in a disaster can better focus on the most vulnerable and least capable."