Get inspiration in your inbox
with our monthly newsletter.
SUBSCRIBE
Jonathon Martynski | Palladium - Jun 28 2019
How to Move 'Blockchain' Beyond a Buzzword in Humanitarian Aid
opinion
Share

Blockchain is a hot topic in technology, with particular interest in logistics circles; using blockchain in supply chains is being touted as revolutionary for the sector, especially for humanitarian aid. Everyone is talking about how this technology has the potential to add security and traceability to supply chain tracking, and how it can speed up current systems and digitise manual processes. There's a lot of excitement about what blockchain could do.

However, there's a lot less information about how to unlock blockchain's potential. With such hype and expectations, there’s a risk of organisations rushing to use the technology, harnessing it in the wrong way or for the wrong reasons, and being very disappointed with the results.

Blockchain is an "immutable de-centralised electronic ledger". To break that down:

Storing information using blockchain means that the information is extremely secure, theoretically un-tamperable, and easy to work with across an extensive network.

For supply chains, blockchain has many wide-ranging potential uses: from tracing products' histories – like how Walmart tracks its pork's journey from origin to processing to sale - to sharing and saving shipping documentation at ports, which increases efficiency and removes unreliable paperwork requirements. 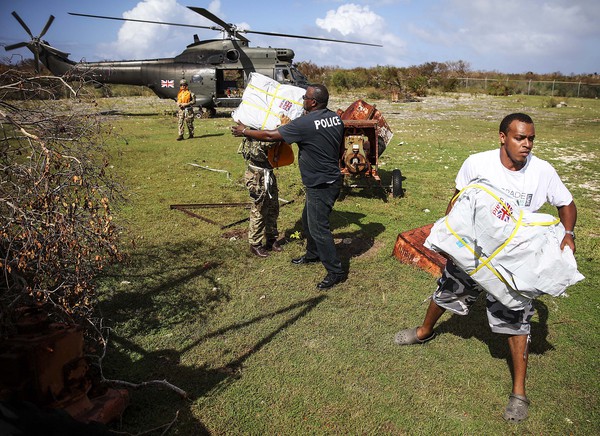 In rapid-response humanitarian aid, there is a distinct lack of visibility into the supply chains involved. When a disaster hits and multiple organisations are trying to respond, there is often confusion over what and where stocks of aid items are available and how many goods are in transit at one time.

Palladium's Humanitarian and Stabilisation Operations Team (HSOT) is working with the UK Department for International Development and the private company Datarella on a pilot to utilise blockchain to improve humanitarian relief supply chains. Datarella has created a system that lets all partners on the network view all the completed and planned movements of goods into a disaster response. Essentially, it gets rid of the confusion by giving "proof" of what good is where and when, thereby helping build trust among the partners while strengthening efficiency.

HSOT is now planning to track one international shipment of cargo from end-to-end to provide a proof of concept that can be scaled and added to the rest of the sector's blockchain tests and learnings. 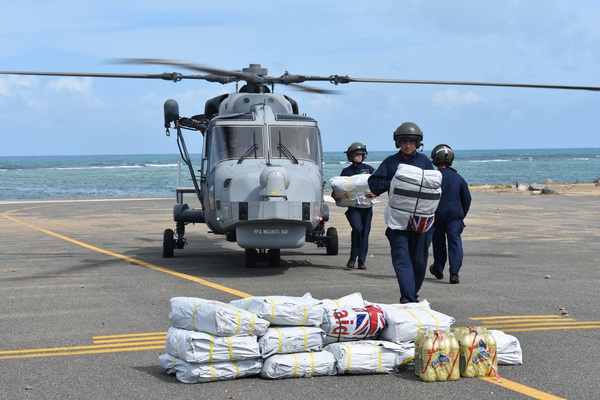 The odd thing about the pilot, which only involves HSOT, DFID, one supplier and one freight forwarder, is that it doesn't actually need blockchain to function. This single shipment isn’t a network of users, it's a chain - so blockchain doesn't add much to the way the information about this shipment is recorded. However, once we prove that this system works, the fact that it is a blockchain system will enable a 'scale up' to involve multiple partners across multiple supply chains. This pilot acts as a valuable beta-test experience which will provide valuable learning points to the overall sector.

A blockchain system only really achieves maximum utility if it reaches 'critical mass' of participation, with a wide, comprehensive network of people all using it. It must be a system that enables mass-participation and encourages partners to get on-board. It could be an easy mistake to build a system that works well for the creators, but which later proves to be unattractive to others or even incompatible with others’ requirements.

The hype around blockchain in supply chains is entirely justified. We're only beginning to tap into the many ways it could revolutionise not just Walmart's meat supplies but how we can respond better and faster to the world's disasters. To use this new technology to its full potential, we must remember that people operate the systems, and it has never been easy to get numerous, disparate organisations and individuals working in the same way. But the sector is on the right path to making our most needed supply chains more accountable, transparent, and efficient.

Palladium manages the implementation of the Humanitarian Operations and Stabilisation Team, a program funded with UK Aid from the British people.