Throughout August and September 2018, Indonesia was hit by several devastating earthquakes and a tsunami. Using our global network, Palladium facilitated a series of humanitarian relief responses aimed directly at helping those affected.

Indonesia endures frequent natural disasters. It sits on the ‘Pacific Ring of Fire’—a semi-circle of tectonic plates in the Pacific Ocean responsible for 90% of the world’s earthquakes. The zones have a high frequency of volcanoes and tsunamis as a result of earthquakes.

Indonesia is also the 4th most populous country in the world, which mean natural disasters can have a large impact on its population, infrastructure, and economic activity, particularly in rural and hard to reach areas. Indonesia has suffered more deaths from tsunamis than any other country according the United Nations Office for Disaster Risk Reduction.

The earthquakes and tsunami in August and September 2018 were particularly calamitous. The 6.4 magnitude earthquake off Lombok Island and its 700 aftershocks resulted in over 400 fatalities, 350,000 persons displaced, 3.82 trillion IDR (approximately 354 million AUD) in damages to housing, and 432.7 billion IDR (approximately 40 million AUD) in economic losses. The tsunami off the island of Sulawesi caused over 800 fatalities.

Palladium responded to these disasters using our in-country presence as well as our Humanitarian Logistics teams. From Australia, our Humanitarian Logistics Capability team worked alongside the Australian Government to establish logistics hubs for the delivery of humanitarian relief supplies. From the United Kingdom, our Humanitarian Stabilisation Operations Team carried out the humanitarian logistics response alongside the UK’s Department for International Development. Palladium’s Foundation, Let’s Make it Possible, granted funds to a private sector company providing humanitarian relief in Lombok. And finally, Palladium employees came together to support a colleague who had lost their home in the Lombok earthquake.

Palladium’s manages the Humanitarian Logistics Capability (HLC) on behalf of the Australian Department of Foreign Trade and Affairs (DFAT). We deploy rapid humanitarian responses across the Asia Pacific region and contribute to post-disaster relief. In response to the earthquake and tsunami that struck the Indonesian island of Sulawesi, Palladium was engaged by DFAT to support the Australian Government’s international assistance.

Our team worked with DFAT and the Australian Defence Force to establish logistics hubs in Sydney, Brisbane, and Darwin. In Darwin, the main logistics hub, Palladium established a Forward Operating Team to track all the humanitarian relief supplies travelling to Balikpapan, Indonesia and then to Palu City.

Over the course of the response, Palladium’s Australia team coordinated two flights from Sydney, four flights from Brisbane and five flights from Darwin to Indonesia. The amount of humanitarian relief supplies deployed to Indonesia was over 59,000 kg and 150 m3.

In total, over 7,250 survivors were positively impacted by this response.

Palladium is a partner with the UK’s Department for International Development (DFID) to facilitate the UK’s disaster response through the Humanitarian Support Operations Team (HSOT). HSOT has advisors and logistics experts across several countries including Indonesia.

Using this network, HSOT supported the crisis response from Jakarta as well as on the ground in Palu and Balikpapan. Palladium helped load relief supplies, repair airport equipment, and develop the UK’s relief plan in Palu. The team also coordinated closely with other response teams from the US, Australia, and Palu.

Overall, almost 300 hygiene kits and over 1500 shelter kits were provided directly to the disaster zone. As one team member Alex Franklin explained, “It is my job to ensure that all of these relief items from the UK government get there safely and delivered to the beneficiaries as quickly as possible.”

While material relief is crucial, DFID also provided £2 million in funding, and matched the first £2 million of an £8 million in aid the British public gave to the Disaster Emergency Committee. With this funding, the UK helped meet immediate, live-saving needs and is supporting the longer reconstruction of the affected communities.

Using our local networks in Indonesia, the Indonesian team identified The Autore Group, a company that was effectively and rapidly deploying humanitarian relief. The Autore Group is interesting – it is an Australian jeweller and pearl company, with operations in Lombok. After the Lombok earthquake the company used its logistics networks to help distribute emergency supplies to remote villages, build temporary shelter, and assist with rapid clean up. In total, the Autore Group built or provided the building materials for temporary shelters for around 1,000 families! 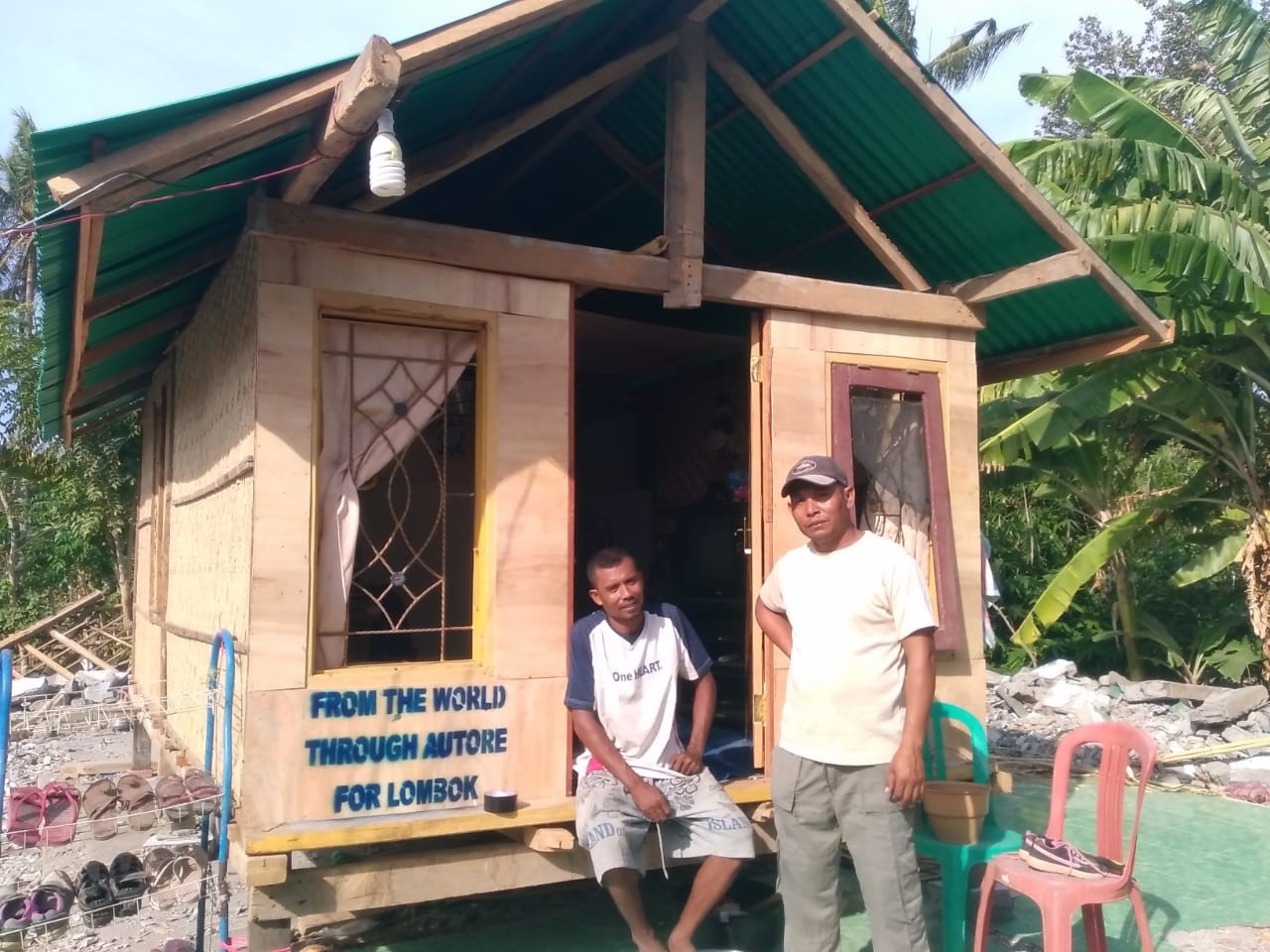 A Palladium employee for the Innovation for Indonesia’s School Children Australian Indonesia Partnership (INOVASI), lost his home during the Lombok earthquake. He and his family were fortunate to survive but were living in a refuge tent and relying on aid supplies for basic needs.

Despite this, our employee stepped up to assist his village. He managed the emergency response and distribution of aid supplies to 867 others and mobilised a team of volunteers to assist with transporting the aid.

Palladium staff from around the company came together to support our colleague by donating via a Go Fund Me page. These donations helped him procure large tents, food, and equipment as the rainy season approached.