Palladium has endorsed the United Nations’ (UN) Standards of Conduct for Business to promote equality for lesbian, gay, bi, trans and intersex people in the workplace and beyond.

Despite significant progress in recent years, more than a third of the world’s countries still discriminate on the grounds of sexual orientation or gender identity.

The UN recognises that violence and discrimination against LGBTI people cannot be ended by governments alone and it has called on companies all over the globe to promote a culture of respect and equality, both within the workplace and in the communities where they operate. Palladium is the latest firm to join more than 200 other leading organisations, all of which are dedicated to developing policies and processes for eliminating discrimination.

“Endorsing the Standards provides us with an opportunity to raise internal awareness of the need to progress equality for LGBTI people and provide a framework against which we can measure our growth,” says Rosanna Duncan, Chief Diversity Officer of Palladium. “We’ve worked with our clients and communities to accomplish some great things, and this endorsement will reinforce our commitment to promoting equality for all our LGBTI people, too”.

Zeid Ra'ad Al Hussein, UN High Commissioner for Human Rights, agrees: "If we are to achieve faster global progress towards equality for lesbian, gay, bi, trans, and intersex people, businesses will not only have to meet their human rights responsibilities, they must become active agents of change."

Palladium has spent decades working to promote the health and rights of those most marginalised around the world, including working with UN agencies to establish global best practices, supporting civil society organisations to better advocate for their rights, and sensitising health and social service providers around gender and sexual diversity. 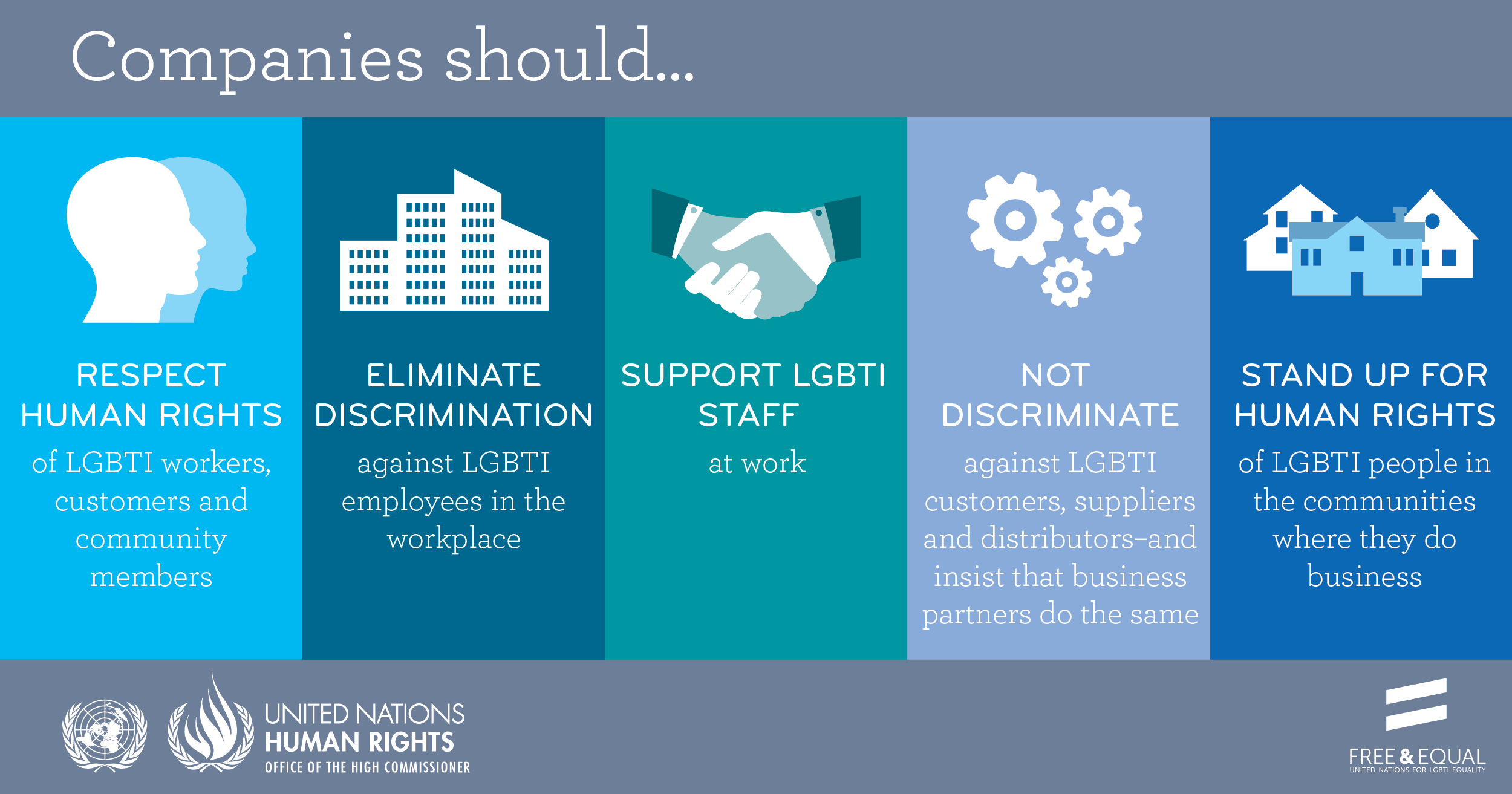 The five UN Standards of Conduct for Business are: