Get inspiration in your inbox
with our monthly newsletter.
SUBSCRIBE
David J. Olson | Palladium - Jul 24 2019
The Wise Women of Mali
in-depth
Share

Members of the Association of Midwives of Mali. Credit: David J. Olson

Fatoumata Coulibably, an experienced midwife, greeted the young woman named Massaran at a family planning consultation at a hospital in Sikasso in southern Mali. The midwife introduced herself and asked Massaran how old she was; Massaran did not know. The midwife wrote down 20, but she may have been younger.

Massaran came from a village near Sikasso. She had just given birth to her third child in two years, one of whom had died, leaving her with a boy and a girl. She had never practiced family planning. She did not want another child right away, and said her husband agreed with her.

The midwife reviewed the range of contraceptive options with Massaran: male and female condoms, pills, three and five-year implants, injectables, IUDs, and the Standard Days Method (a natural method). Massaran asked a few questions but mostly she just listened.

In the end, Massaran opted for a three-year implant (there was also a five-year implant available). She lay down on the consulting table. The midwife gave her a mild anaesthetic and inserted the implant into her upper arm. The midwife said, "A bana" – "It is finished" in Bambara, the national language. When she stood up, Massaran had a big smile on her face, as if a huge burden had been lifted.

This is the daily work of the Association des Sages-Femmes of Mali (ASFM) in a partnership with the maternal, newborn, and child health project Keneya Jemu Kan ("Communication Around Health" in Bambara) or KJK.

"Sages-femmes" is French for "midwives" and literally means "wise women." The name is apropos: Every day they counsel women on how to space their pregnancies so they can have children when they are ready to have them.

While this is great progress, more needs to be done to reach the government’s goal of a 30% CPR by 2030.

There are still many challenges to increasing contraception. During the same period the CPR increased, the fertility rate (the average number of children a woman has in her lifetime) rose slightly, from 6.1 to 6.3.

Additionally, the 2018 DHS shows that 15- to 19-year-old women in union are much less likely to be using contraception than other age groups. The survey also showed that only 1.7% of women 15 to 24 years old and 36.2% of men having two or more sexual partners in the last 12 months had used a condom the last time they had sex. 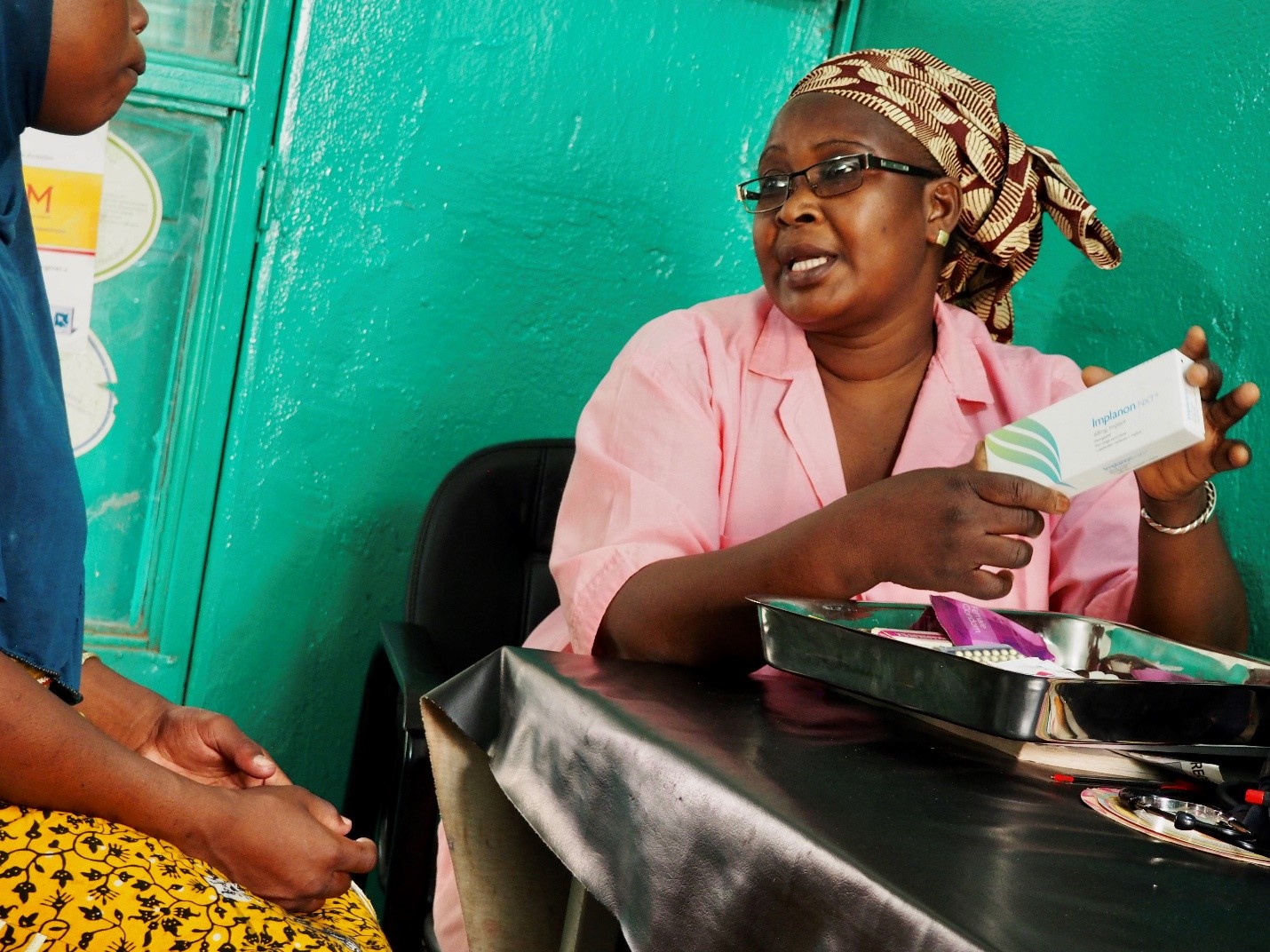 Midwife Fatoumata Coulibably presents all the contraceptive options to Massaran, a young woman who has already had three children and wants to space her next child. Credit: David J. Olson

The midwives know what needs to be done:

To achieve these solutions, KJK and ASFM focus on the quality and range of their products and services and on providing training.

1. Both KJK and ASFM offer a full range of family planning products to women and men in remote and rural areas where public health facilities and retail outlets do not exist.

2. ASFM gives out contraceptives for free. Although this is contrary to the usual social marketing approach, midwives say it is necessary to reach young and rural populations who have little purchasing power.

3. ASFM organizes events and consultations at public health facilities, women’s associations, and schools (for boys and girls between 15 and 20 years old).

4. One successful initiative was a "mobile strategy" offering contraceptive promotional days where all seven contraceptives were distributed. This campaign resulted in almost 6,000 couple years of protection (the amount of contraceptive protection a couple needs for one year) in Bamako, the capital city, and five regions.

Mali’s "wise women" are critical to reach the most vulnerable populations and help increase contraception and family planning. They understand the challenges and are at the front lines of breaking stigmas, advising young women and mothers, and finding new clients for contraceptive services, pushing the country towards its family planning goals.

The USAID-funded KJK project is implemented by the Johns Hopkins Center for Communication Programs, in collaboration with Palladium and Management Sciences for Health. Palladium leads the social marketing of KJK and manages the ASFM partnership.