Get inspiration in your inbox
with our monthly newsletter.
SUBSCRIBE
Christopher Hirst | Devex - Jan 15 2019
Can Tobacco Companies Contribute to Development Outcomes?
opinion
Share

As a development professional with a strong focus on leveraging the private sector, a recent visit to Malawi has me thinking about the tobacco industry. We all know the significant damage that tobacco does (the World Health Organisation estimates that tobacco kills up to half its users worldwide), but in some markets, Malawi being one, growing tobacco is supporting smallholder farmers with a living wage, lifting them out of poverty and materially better off than many of their counterparts who grow crops such as maize, ground nuts, and soybeans.

While socially responsible investors move to divest from “sin” products (e.g., fossil fuels, weapons, tobacco), the reality remains that 90% of tobacco is grown in low and middle income (LMIC) countries, where commercially viable alternatives for smallholders are scarce. The export value of this crop can be staggering. In Malawi, for example, one of the poorest countries in the world, raw tobacco makes up 59% of total exports.

With the number of smokers declining in high and upper middle income countries, market demand for tobacco, particularly the type grown in Malawi, appears to also be on the decline. The CDC reports that in the U.S., cigarette smoking has declined 6.9% between 2005 and 2016, and new products like e-cigarettes use less tobacco. Concurrently, Malawi’s tobacco exports fell by 30% from 2012-2016.

Despite this downward trend, it’s noteworthy that at the moment, many tobacco farmers are still making an economically viable living. While the risks to health and safety are real (from nicotine poisoning to pesticide exposure), many of these risks are not unique to tobacco.

This all leads me to the as yet unanswerable question: Do we focus our finite resources on helping the poorest of the poor move out of poverty, or do we prevent others from falling into poverty by getting ahead of future problems now?

I strongly believe that companies themselves have a role to play, as the sustainability of their business is inextricably linked to the social wellbeing of the ecosystems in which they operate.

In Malawi I visited two tobacco companies to better understand the situation: Alliance One and Limbe Leaf. These companies aggregate and export tobacco from over 30,000 smallholder farmers, and do so in a remarkably structured and controlled way, adhering to extensive environmental and health and safety protocols. The companies are interested in diversifying, and the most obvious answer is to help their farmers to grow other crops, but common alternatives provide a far smaller return to the smallholders. If, as projected, demand for tobacco leaves decrease, the relatively high return on this cash crop won’t matter as they will be forced to sell less and less, reducing income and increasing poverty.

These two companies have been working with their smallholders for many years, and have established expertise in organising farmers, providing access to credit and technology, creating a productive ecosystem, and a deep knowledge of agriculture. With stricter demands placed on tobacco growing, these companies have robust monitoring systems in place that provide a level of supply chain transparency and traceability that many consumers of other products want – products like cocoa and coffee. These skills, services, and systems are in high demand for any crop, and there is a real opportunity to transfer them from tobacco to other products, bringing the benefits to farmers and communities along with them.

While the development of the entire system can create powerful synergies, it also has a potential downside, with the structure and the level of integration in these value chains creating a significant dependency on the corporations. Without a need to lead innovation, farmers lose connections to markets, the desire to explore new production systems, and to be entrepreneurs, further weakening their ability to react to market shifts like is forecast for tobacco.

This need to consider and monitor the performance of the entire ecosystem is imperative to driving inclusive growth.

Despite the looming threat to the livelihoods of tens of thousands of smallholder farmers in Malawi, and the opportunities to create positive social and economic impact, there’s a stigma against development work with the tobacco industry, particularly where potential solutions involve private sector tobacco companies. The recent decision by the International Labour Organisation to cease renewing its public-private partnerships with the tobacco industry for projects that address child labour and tobacco workers’ is an interesting case in point, and one that goes far deeper than the simple question of whether and how tobacco companies should be part of the solutions to the problems caused by their own industry. What I find myself asking is more fundamental: should we be ignoring the needs of these farmers because tobacco is a “sin” product? Whose responsibility is it to intervene when market forces are at play in a larger ecosystem? Is it morally right to withhold our expertise and assistance?

I don’t have all of the answers, but I see an opportunity to help tobacco farmers diversify to safer and more sustainable crops, and for tobacco companies to shift their own expertise into more reliable markets. With a mind to inclusive growth, we can protect the livelihoods of smallholder farmers, transfer usable and valuable skills from aggregators and exporters, and invest in crops that create more net positive impact – because it’s both the right and the profitable thing to do, for everyone involved.

This article originally appeared on Devex.com and was republished with permission. 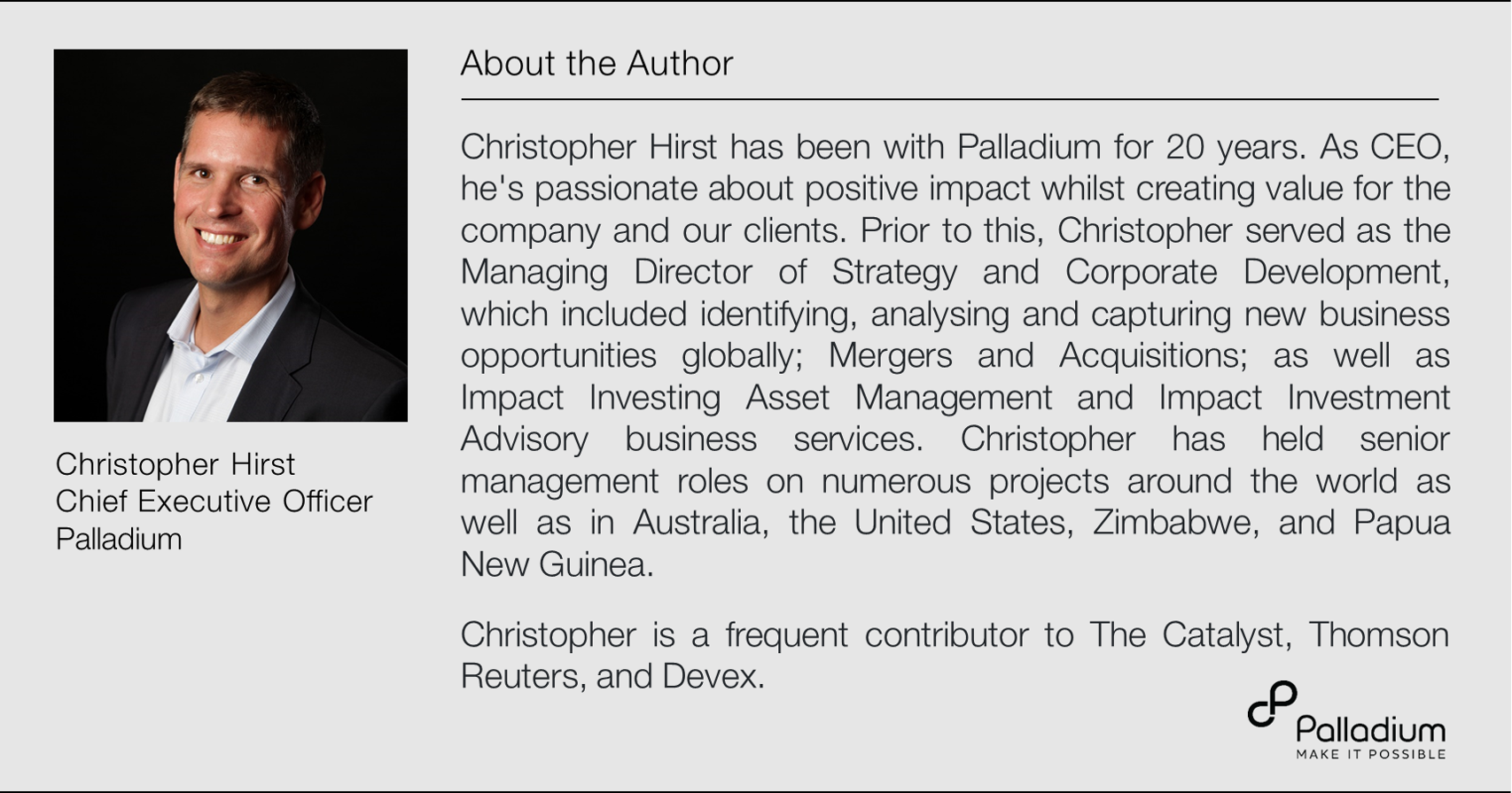